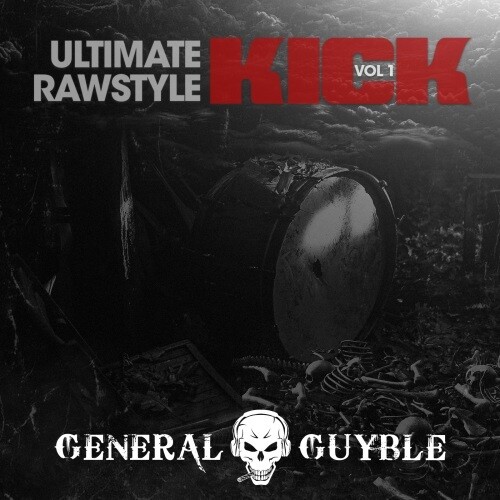 The Ultimate Sample Collection of Rawstyle Kicks, Toks, Tails and many more!

Get ready for the first edition of General Guyble's Ultimate Rawstyle Kick!

This pack is focussed on Rawstyle Kick One Shots. It comes with 50 fully produced, processed and ready to use individual Rawstyle Kicks.

In a time where quantity beats quality, General Guyble took almost five months to create this pack. Being a producer himself, he knows the struggle of going through many gigabytes of sounds without finding anything decent. Therefore he decided to give you what you need: Carefully produced One Shots ready to go for your next production. You're not going to find 5 times the same Kick pitched to different keys only to make the number of included Kicks higher. Every Kick is individual!

To make your live easier and to help you focus on making songs instead of kicks, General Guyble included 54 Tok One Shots and 49 Tail One Shots. Together with the full Rawstyle Kicks you have limitless opportunities for layering and altering sounds.

If you still aiming for your own and unique sound, General Guyble added 25 Clean Kicks, which you can use as a starting point for your own sound design process.

Moreover you find a big selection of FX Kicks as well as some Gated Kicks.

Don't be fooled by the name. Even though those Kicks have been produced for Rawstyle productions, you can easily use them for Hardcore as well as Uptempo.

This release comes with only 384MB, but we guarantee each MB is worth it 😉

All One Shots are delivered in 24Bit and 44.1KHz WAVE format.

This Pack contains the following One shots:

Save this product for later
Display prices in: EUR